Symptoms appear after a very long time in kidney patients.  As a result, the risk of kidney failure increases.  Kidney patients are 20 times more likely to develop heart disease than the general population, scientists say.  Recent research has alerted patients.  According to research, both kidney and heart benefit if kidney patients exercise daily.  The claim was made by researchers at Taiwan's National Bang Ming University. 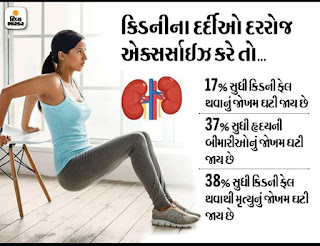 The risk of death is reduced by 38%

Scientists studied 4,508 patients with severe kidney conditions.  The research found that patients who were more physically active had a 38 percent lower risk of death.  As well as a 17 per cent reduction in the risk of kidney failure.  It also reduced the risk of heart disease by 37 percent. 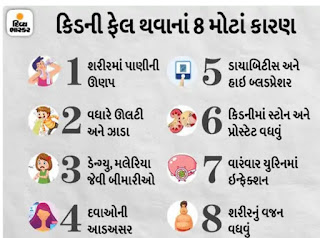 Doubling the risk of death if not doing physical activity

Each of the kidney patients involved in the research was monitored for 6 months.  The search report found that kidney patients who stayed away from physical activity doubled their risk of death.  National Lang - Ming University researcher Dr.  Way - According to Cheng Seng, daily exercise also reduces the risk of heart rhythm disorders in kidney patients.  Get in the habit of exercising every day if you are a kidney patient. 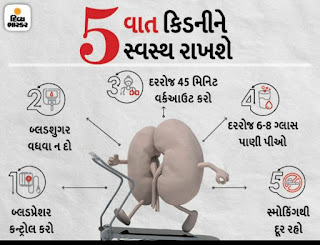 How to check if the kidney is healthy or not.

Amjad Khan Pathan says that it is possible to know whether the kidney is healthy or not by doing some tests.  If you notice any symptoms, you should have a blood and urine test.  This test checks the level of protein and creatinine in the blood.  If the dose is high, it has a direct effect on the kidneys.  People who are suffering from diabetes and high blood pressure or who have cases of kidney failure in their family should get a checkup.