India will begin its ICC Men's T20 World Cup 2022 campaign against Pakistan on October 23 at the Melbourne Cricket Ground.

According to the fixture released by the International Cricket Council (ICC), the Rohit Sharma-led side is set to face the runner-up of Group A and South Africa on October 27 and October 30 respectively. Its last league games will be against Bangladesh on November 2 and the winner of Group B on November 6. 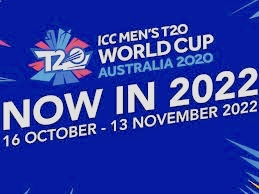 England, New Zealand, Australia and Afghanistan have been drawn together in Group 1, with India, Pakistan, South Africa and Bangladesh heading into Group 2.

The Super 12 will start in dramatic fashion in Sydney with a meeting between the two finalists from the 2021 World Cup, with New Zealand facing defending champions Australia on Saturday 22 October.

And the excitement of the opening weekend doesn’t stop there, with India and Pakistan scheduled to meet on Sunday 23 October, the second day of the Super 12 stage, in what will be one of the most hotly-anticipated matches of the tournament.

The Super 12 will run for a fortnight, with the two groups set to reach their conclusion on the weekend of the 5th and 6th of November.

International Cricket Council CEO Geoff Allardice said: ““T20 is the global growth format for cricket and the ICC T20 World Cup 2022 will play a huge role in inspiring our next generation of players and fans as the world’s best players descend on Australia and showcase the very best of our sport. The release of fixtures is always a great moment in the delivery of a World Cup as fans start to get excited about opening games, head to heads and knock-out stages.

“This schedule offers so much, from the 2014 Champions Sri Lanka opening the event, to our defending champions Australia starting with a rematch of the 2021 Men’s T20 World Cup Final against New Zealand and of course India taking on Pakistan at the MCG. We know that hundreds of thousands of passionate cricket fans will turn out to support every single one of the 16 teams across all seven of our host cities which is what makes it so special for the players. You only need to cast your mind back to the brilliant ICC Women’s T20 World Cup 2020 in Australia to know that this is going to be a wonderful event for players and fans alike.” 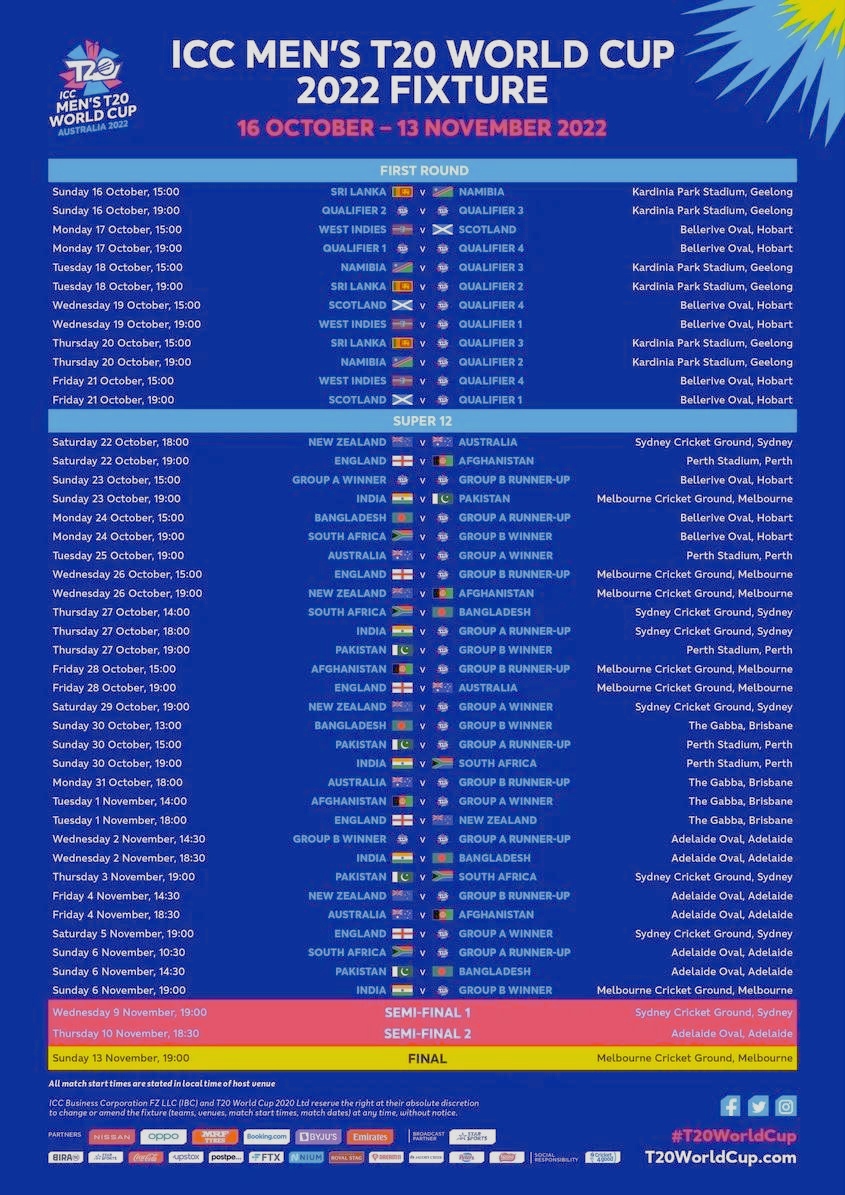 In addition to the Australia v New Zealand and Pakistan v India matches on the opening weekend, a scattering of other fixtures stand out as likely key games in the Super 12 stage.

There will be a repeat of the 2021 semi-final between England and New Zealand when the two nations meet in an evening match at The Gabba on Tuesday 1 November in what is both teams’ penultimate group game.

And Pakistan are scheduled to face Bangladesh in Adelaide on the final afternoon of the Super 12 stage.