LIVE IPL Auction 2022 Updates, Day 1, Feb 12: Mumbai Indians have broken the bank for Ishan Kishan as they signed him for INR 15.25 crore making him the second most expensive Indian player in auction. He is also the most expensive player in this year’s auction so far. The action after the lunch break resumed with Wanindu Hasaranga going for INR 10.75 crore to Royal Challengers Bangalore. While Krunal Pandya has joined 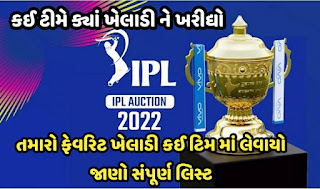 As per the rules, all 8 teams belonging to the existing IPL setup could retain a maximum of up to 4 players ahead of the auction with each team retaining not more than 3 Indian players and not more than 2 Overseas players. For the 2 news teams, the BCCI had allowed the 2 new teams to retain 3 players from the list of released players by the 8 old teams with each of the 2 new teams not being allowed to retain a maximum of 2 Indian Players and 1 Overseas player.

While the Lucknow Supergiants went ahead with KL Rahul, Marcus Stoinis, and Ravi Bishnoi as their 3 retentions, the Gujarat Titans went ahead with Hardik Pandya, Rashid Khan, and Shubman Gill as their 3 retentions ahead of IPL auction 2022. KL Rahul was named the captain of the Lucknow Supergiants franchise and Gujarat Titans named Hardik Pandya as their skipper for the 2022 edition of the Indian Premier League.