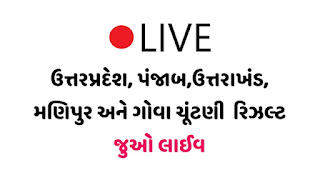 Assembly Election 2022 Results LIVE Updates: The much-awaited results of Assembly elections in five states – Uttar Pradesh, Punjab, Uttarakhand, Goa and Manipur – will be declared on Thursday, with the poll outcome, especially in UP, being considered as the tone-setter for the 2024 Lok Sabha elections.The counting of votes will begin at 8 am under the watch of the Returning Officer with the initial trends likely to start trickling thereafter.Exit polls, which were declared on March 7, have predicted another win for BJP in UP, although with a reduced majority. The party is likely to retain Manipur as well, as per exit polls. In Punjab, hopes are high for AAP as the exit polls have predicted a clear win for the party while it is going to be a tight race between Congress and BJP in Uttarakhand and Goa.The five states voted for nearly a month for a total of 690 seats with the maximum in UP (403 seats) followed by Punjab (117), Uttarakhand (70), Manipur (60), and Goa (40).UP went to polls in seven phases -- on February 10, 14, 20, 23, 27, March 3 and 7. Uttarakhand and Goa voted on February 14 while Punjab voted on February 20. Manipur voted in two phases -- February 28 and March 5.Stay with us to know whether or not exit polls were accurate in projecting numbers for the Assembly Elections 2022.

2022 Assembly Election Results live blog, readers. Finally, after over two months of the long-drawn election process in five states, it is decision time. The counting of votes for Assembly elections (Vidhan Sabha Chunav) in Uttar Pradesh, Punjab, Uttarakhand, Goa, and Manipur will begin shortly. Recent exit polls by different agencies have projected a clear win for Yogi Adityanath-led BJP in Uttar Pradesh and Bhagwant Mann-led AAP in Punjab. Things in Uttarakhand, Goa are too close to call by several pollsters while the majority showed a swing for the ruling alliance in Manipur.

2022 Assembly Election Updates Punjab Election, UP Chunav News: Election Commission of India on Friday said that more than Rs 1000 crores seizures have been done during ongoing elections in the five states of Uttar Pradesh, Uttarakhand, Punjab, Manipur and Goa. The seizures consisted of items such as cash, liquor, drugs, precious metals and other kinds of freebies.

The counting of votes for the 2022 Legislative Assembly elections in Goa, Uttar Pradesh, Manipur, Punjab and Uttarakhand will take place on Thursday, 10 March. All eyes are on the election results and which party will form the government in the five major states.

The result of the assembly elections will be declared March 10 and ABP News will bring before you every important update during the D-Day so you don't miss out on any action. According to the guidelines by the Election Commission of India, the counting of votes will begin from 8 am onwards and we will get the early trends within a few minutes of counting.

highlights: Union Home Minister Amit Shah on Friday assured Punjab Chief Minister Charanjit Singh Channi that the government has taken the matter of alleged support to the AAP by banned separatist group Sikh for Justice and asserted that no one will be allowed to play with India’s unity and integrity. Shah also said it is highly condemnable that to grab power some people go to the extent of joining hands with the separatists and also go to the limits of breaking Punjab and the country.