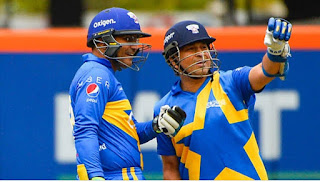 The Road Safety World Series 2021 is set to begin on March 07, with some of the biggest cricketing names scheduled to take to the field once again in an exhibition contest. Players from a total of 5 countries are set to feature in the 16 days long contest, with Sachin Tendulkar, Jonty Rhodes, Brett Lee, Brian Lara, and Tillakaratne Dilshan and Muttiah Muralitharan being some of the biggest names.

Cricketing legends from India, Australia, Sri Lanka, South Africa and West Indies will participate in the series which will have two stages - league and finals. After the round-robing encounters finish, the teams occupying the top two spots in the points table will face-off in the final.

When and where to watch road safety World series on television?

You can watch the live telecast of all the matches on COLORS Cineplex, COLORS Kannada Cinema, FTA channel Rishtey Cineplex from 7 pm IST onwards from March 4, 2021.