How to change photo in Aadhaar card

How to change photo in Aadhaar card 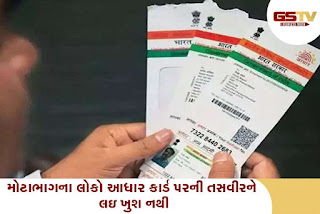 It is to be mentioned that the database of all Indian citizens such as name, address, mobile number, their biometric information along with photo etc. is in the base.  Usually your name, address, mobile number is very difficult to change.  But with age, the face also changes.  In this case, the photo on your Aadhaar card gets old.  It only makes sense to change it at certain intervals.

You can change your Aadhaar card photo in two ways

If your Aadhaar card photo is also out of date, you can change it in two ways.  The first way is to go to the nearest Aadhaar card center and change the photo, for which you only have to pay a fee of Rs 50.  The other way is to update your Aadhaar card by post.  This post should be sent to your UIDAI Regional Office.  So let's find out how.

How to change photo in Aadhaar card by going to nearest center? 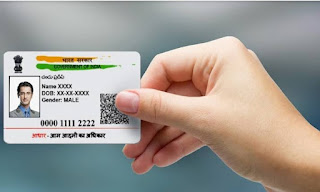 First go to Google and open the official website of UIDAI.

You will then see the Get Aadhaar section on the left hand side screen.  Download the Aadhaar Nomination / Update Form here.

Now after filling the form properly, go to the Aadhaar Nomination Center and submit it.

You will have to capture your biometric data a second time at the center.

Doing so will update your support information.

You will receive your new Aadhaar card with updated photos within about 90 days.

First of all, you have to go to the UIDAI portal and download the ‘Aadhaar Card Update Correction’ form from there.

Now fill in all the information asked in this form properly.

You can then write a letter to the UIDAI Regional Office for the purpose of updating the Aadhaar card.

Attach your self-certified photo (signed) to this letter.

Now write the address of UIDAI office and post both this form and the letter.

You can find the address of your nearest UIDAI center from the online site.

Within two weeks you will get a new Aadhaar card with your new photograph.