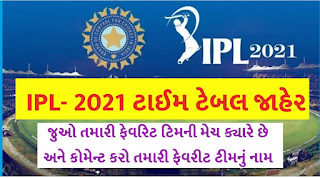 The Board of Control for Cricket in India (BCCI) has announced the schedule for the remaining matches of IPL 2021 to be played in the UAE.  A total of 31 matches will be played in the UAE over a period of 27 days. According to the new BCCI schedule, the rest of the IPL season will start on September 19 with a match between Chennai Super Kings and Mumbai Indians in Dubai.

What time does the match start?

7. Punjab Kings (Kings XI Punjab has been renamed with a new logo) 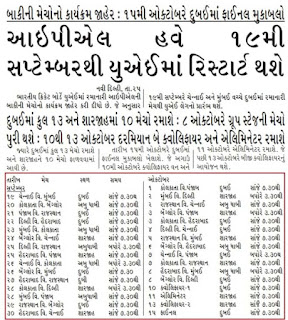 The 14th season of the Indian Premier League was postponed on May 4 after several teams came up against Corona's case.  A total of 29 matches were played till May 2.  By the time IPL 2021 was postponed, Delhi Capitals were in first place with six wins in eight matches.  Chennai Super Kings were second with five wins.  Under Virat Kohli's captaincy, RCB was third with five wins. 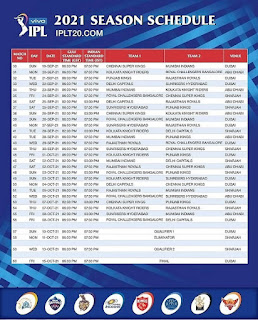 Around 40,000 cases of corona have been reported in India in the last few days.  For the fourth day in a row, less than 40,000 cases have been reported.  In the last 24 hours, 39,361 new cases were reported and 416 infections died, according to figures released by the health ministry on Monday morning.  In the last 24 hours, 35,968 people have recovered from corona, an increase of 2,977 active cases.