LIC's Jeevan Labh is a limited premium paying, non-linked, with-profits endowment plan which offers a combination of protection and savings. This plan provides financial support for the family in case of unfortunate death of the policyholder any time before maturity and a lump sum amount at the time of maturity for the surviving policyholder. This plan also takes care of liquidity needs through its loan facility. 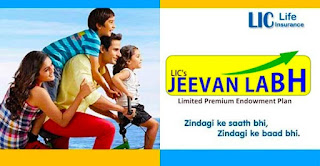 Death Benefit in LIC Jeevan Labh Plan: In case of death of the policyholder at anytime during the policy term, the nominee will receive the sum of the following:

Maturity Benefit in LIC Jeevan Labh Plan: At the time of maturity of the plan, that is when the policy term gets over, the policyholder will receive the sum of the following:

To buy Jeevan Labh Plan, the following documents would be required –

How to make a claim in Jeevan Labh Plan

Maturity claims are initiated by the company itself. If the maturity date is approaching, the company would start preparing to pay the maturity benefit. You would just have to submit a filled up claim form and an identity proof and the policy proceeds would be paid

In case of death claims, however, the insurance company should be intimated about death. Once the company is intimated and the relevant documents are submitted, the company pays the death claim to the nominee appointed by the life insured.

For more details on the above riders, refer to the rider brochure or contact LIC'snearest Branch Office.

LIC Jeevan Labh Policy by LIC of India offers a comprehensive life insurance cover to the policyholder. Since it's a combination of both investment as well as savings, it is a recommended product to opt for. One of the endowment plans based on investment, has gained popularity due to its unique features. The variety of riders offered by this plan would enhance your base plan at a minimal rate.